Yes, a person can be arrested for DUI without displaying any signs of impairment. A person is guilty of DUI if they are driving or in actual physical control of a motor vehicle while impaired by alcohol, drugs or some combination thereof. There is no requirement that the person display any signs of impairment. In fact, years ago a former judge used to give a DUI jury trial instruction which told the jury, “it is not necessary that the signs of intoxication be so obvious that they are actually visible.”

However, if the person does not display any signs of impairment an experienced and skilled DUI lawyer may be able to get the case dismissed. In order to be arrested for DUI a police officer must have probable cause, at the time of the arrest, that someone is in fact guilty of DUI. “Probable cause” requires that the officer possess sufficiently trustworthy facts to believe that a crime has been committed. A DUI lawyer in Phoenix AZ can always file a motion in court alleging that the arresting officer did not have probable cause to arrest the person for DUI.

The experienced lawyer can question how the officers could have sufficiently trustworthy facts that the person was impaired by alcohol or drugs, and therefore DUI, if at the time of the arrest the alcohol or drugs was having no visible effects on the person? If the evidence at the hearing shows that the person did not display signs of impairment the judge may very well say the police did not have sufficiently trustworthy facts of DUI, and therefore no probable cause to arrest the person. If the judge says there was no probable cause to make the arrest then the case gets dismissed.

A person arrested for an Arizona DUI should always get an experienced DUI lawyer to review the case to see if the case can be dismissed because the police had no probable cause. 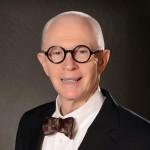 Driving While Intoxicated, What’s with all the Letters? Top States Where Alcohol and Drugs Cause Traffic Fatalities Is it actually possible to win an Arizona DUI case? Do I actually have a defense to beat my DUI? How long will the Arizona DUI process take?

Call Us
Text Us